Winkler Brewers Capture 13U A Title 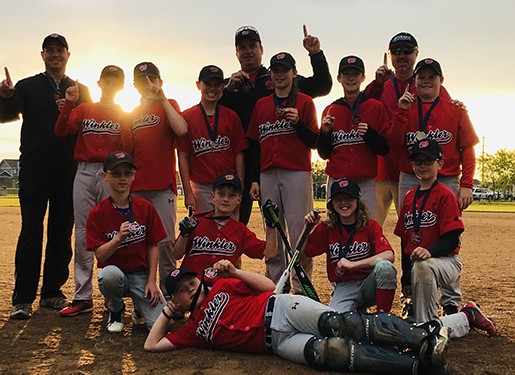 Congratulations to the Winkler Brewers on winning the 13U "A" League Championship on June 24 in Winkler, with an 12-2 win over the Winkler Mets in the final.

The league final tournament was held in Winkler from June 22-24.  Eight teams participated in the tournament, including teams from Altona, Carman, Morden, Lowe Farm and Winkler (3).

COMMENTS
This article has No Comments.
Be the first to add your comments!
Click the "Post a New Comment" button below.
firstname lastname commented Just Now
×
"body"


Inappropriate comments will be removed by League and Team Managers.